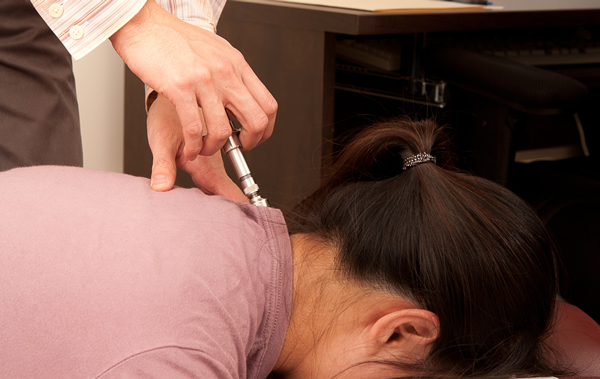 The leg measuring practice of the Activator Method is the only chiropractic method of analysis with solid research supporting its reliability and reproducibility. In contrast, most chiropractic techniques provide treatment based on static, weight-bearing films combined with range of motion testing and static palpation all of which have poor interexaminer reliability. The Activator Method utilizes a prone leg check of each patient to evaluate individualized need for treatment as well as a feedback mechanism that the treatment was successful. Prone leg-length analysis as applied in the Activator Method has good to very good reliability in a body of referenced literature.

The patient is initially placed prone on a table and the Activator doctor evaluates to see if one leg is shorter than the other one. This initial analysis is a sign of lumbopelvic, insufficient stability which involves pelvic rotation and visualization of a “short leg”. A minority of the population has a true “anatomical” short leg which is taken into consideration with the leg measurement. The commonly observed short leg is a “functional” short leg – a sign of a neurological and/or biomechanical involvement that causes imbalance in the body. There are multiple steps of analysis involved. The functional short leg is compared from a passive prone position to a 90-degree flexed position. This allows the Activator doctor to determine where to specifically adjust the patient with the Activator instrument. Balancing of the leg lengths occur after the adjustment; giving feedback to the doctor that a correction was made to a neuroarticular dysfunction (a subluxation complex in chiropractic language). After the initial balancing occurs and lumbopelvic stabilization is achieved biomechanically and neurologically, the Activator doctor then can utilize an isolation test. An isolation test involves the patient performing a passive movement while lying on the examination table. Following this movement the leg lengths are then viewed in the prone position followed by the flexed position to determine if treatment is needed for the joint that was known to be neurologically assessed. Changes in the leg length between these two positions determine the exact placement of the instrument on the spine or extremities for treatment. For example, the isolation test may indicate treatment on the right transverse process of the sixth thoracic vertebra. This series of analysis begins with the low back and progresses toward the head with tests for each vertebral segment available. Isolation tests are also utilized for the extremities as well. Isolation tests have also been documented in the research for its relationship, reliability, and validity to the patient’s individual symptoms.

Our commitment remains focused on continued research that centers on major clinical trials.

The Activator Method has greater than 100 published research papers. These may be accessed via www.activator.com under the “Research” tab.

This Article is an excellent explanation of the work of Arlan W. Fuhr, DC and Warren C. Lee, DC.  At Cole Chiropractic it is one of our most frequently used techniques that our patients truly get the benefit from.  I am fully trained in the use of Activator method and have treated numerous patients with this technique with great success. ~ Dr. Jacquelyn F. Cole